Hello Mummies!
Its been ages I know and I apologise. I have been so busy with work and trying to make money just so I can be fly and buy some awesome Brazilian hair lol

A lot has happened with me and with Baby Kunms , I have lost 12kg yay mummy Kunmi and Kunmi is a real Ninja boy now.

Since he turned 8 months he has been giving us sleepless nights because he refuses to sleep in his cot. We moved him into his main cot when he nearly fell over in the cheapay one trying to get up. 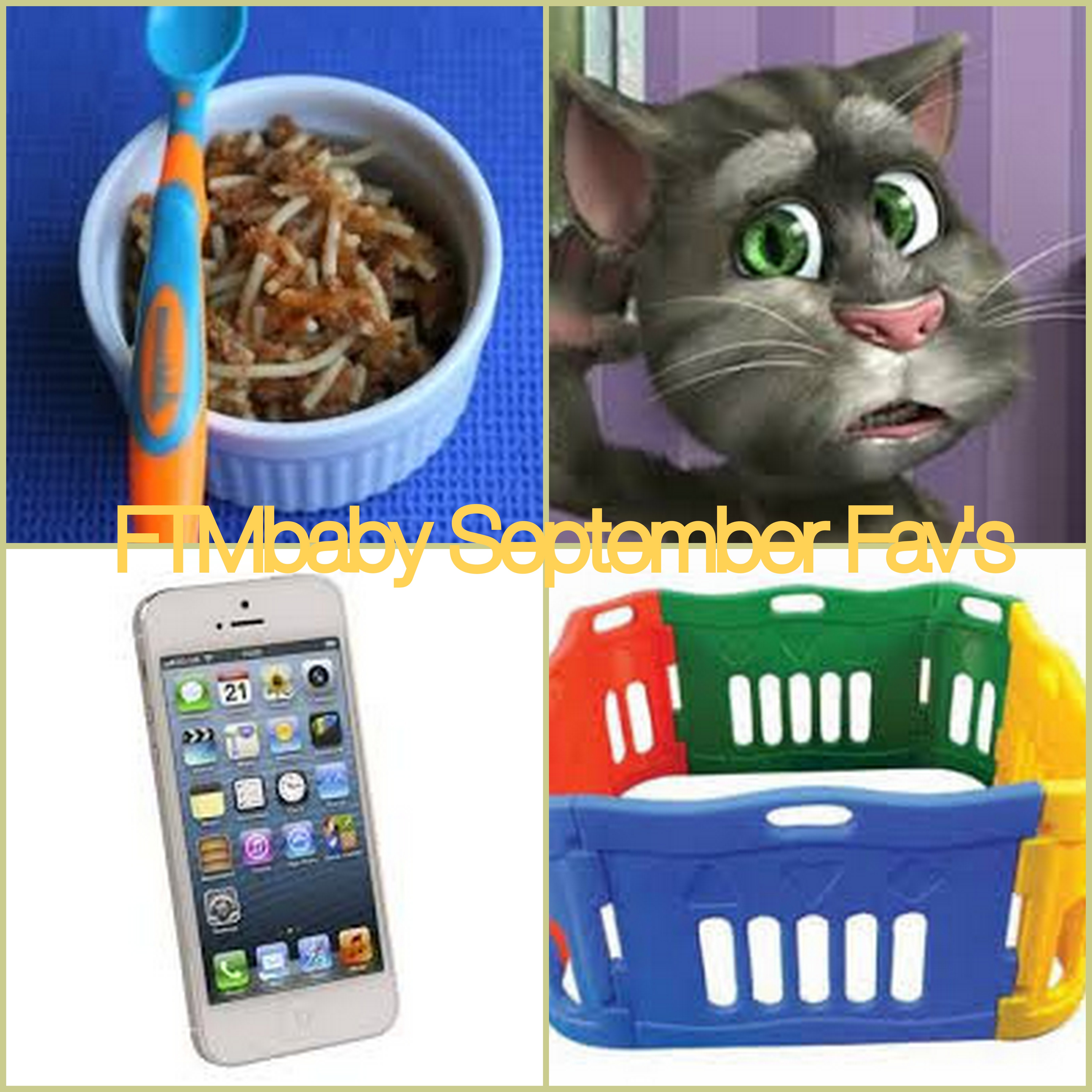 His fav’s for September where quite interesting though. Here they are …

Talking Tom: Talking Tom is an app on the Iphone, its basically a cute kitty that repeats everything you say, I love the app because it has a kiddie voice version so when I speak the voice comes back a bit baby like and it cracks Kunms up big time. Its a fun app for Kids , If you have an Iphone download it for your baby to play with , I think its also on android so everyone can join in the fun.

Spaghetti Bolognese: It came to me one day to give Kunms some “spag bob” and he fell in love with it. I made it differently from how I would make it for an adult and it it must have been soo yummy because Kunms is completely in love with it. I’ll put up a recipe once I have nice pictures to go with it so you can make some for your baby.

Playpen : On one of G’ma’s trips around the world she got Kunmi this cute playpen from the Toys ‘r’ us in Japan. We set it up sometime late last month so Kunmi could play with it and he loves it because he gets to stand up holding the rails, plus it plays some nursery tunes!

Iphone: Kunmi is in love with my Iphone 5. He screams when he sees it , cries till he has it and when he gets it after seconds of touching it, he puts it in his mouth of course lol!

What are your babies getting up to? Any walking babies yet? Let me know and send me pictures you can email me Temilola@ftmbaby.com