Kunmi is 9 months now and boy is he big , he can stand , walk when he’s holding things , he crawls as well but its not his preferred form of transporting himself around. He likes to think he is kissing me but he’s really just licking my face and occasionally bites me . He can wave bye bye and he screams when I come back from work. Talk about love. He is also a major dancer and his favourite song at this moment is “Pull over” – Kcee ft Wizkid.

We cut his hair as well and I have to tell you I was so proud of him , he didn’t cry , he didn’t make a fuss I just gave him a clean comb to chew on and he was a happy bunny, someone say SUPER KUNMS!

This month most of Kunmi’s Fav’s are pretty cool because I find them fascinating as well. He is so into gadgets that I bought him his own baby Ipad from ELC (Early learning center). I love ELC toys because they are educational and your child will definitely  have fun playing and learning at the same time. The pad has nursery rhymes , and animations that flash across the screen and it makes Kunmi scream in excitement.

Our fruit shoot adventure started when Kunmi wanted to prove that what a one and half year old can do he can do better after seeing his cousin Isaac drink some fruit shoot, he practically forced me to buy him one and he carried it and sucked it like a pro , lets just say if he sees a fruit shoot pass by he will snatch it. So now whenever I see a fruit shoot I pray Kunmi doesn’t see it too.

I also bought him some yoghurt from Ella’s Kitchen and he loved it soooo much after one pot he was crying for another. 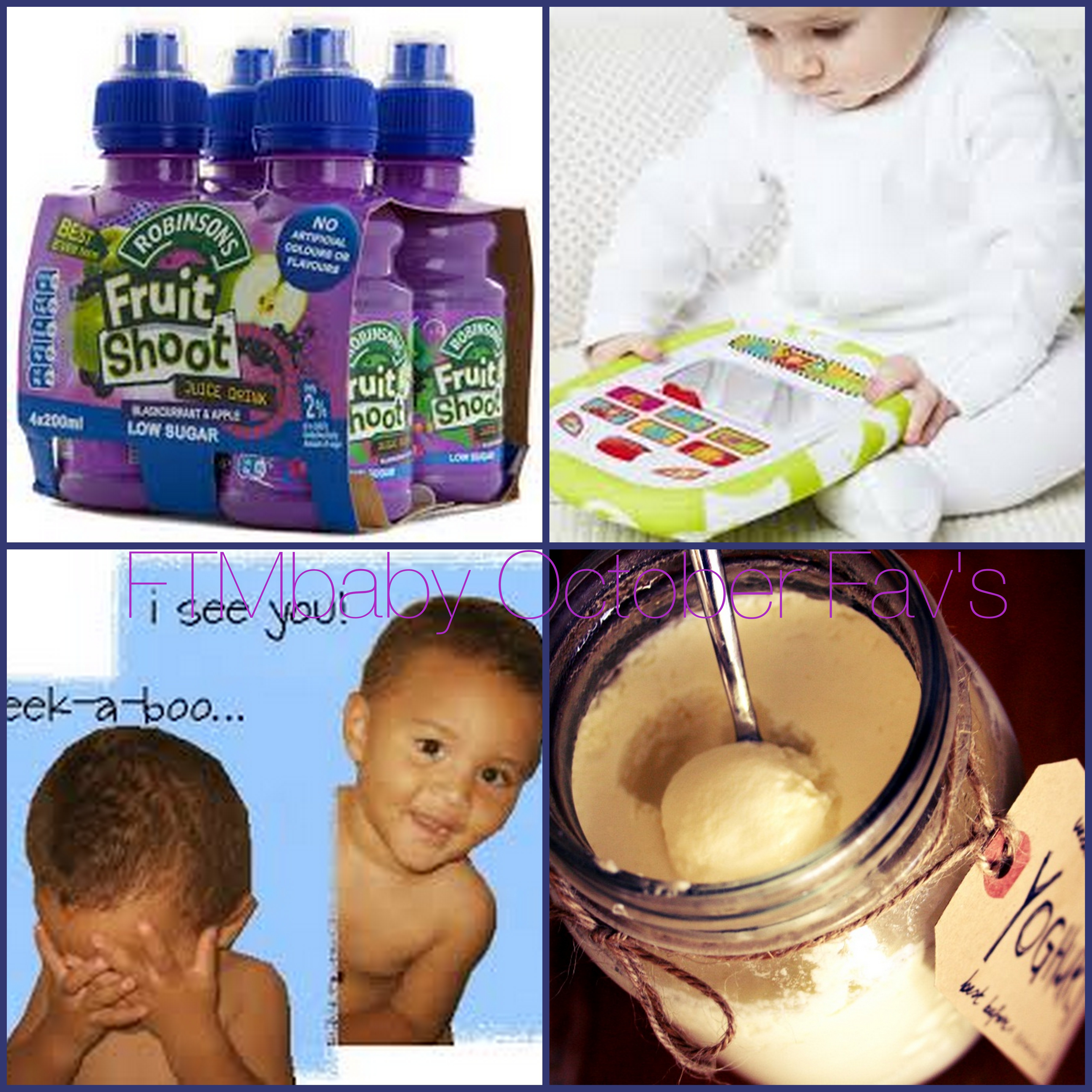 They always say Peek A Boo is the best game to play with babies , its fun ,it has an element of surprise and it also helps baby’s little brain think. Kunmi cracks up big time when we play peek a boo , I guess he just can’t get his head around it.

Let me know what your baby is doing this month , have they reached a new milestone? You can always tell me about it email me : Temilola@ftmbaby.com