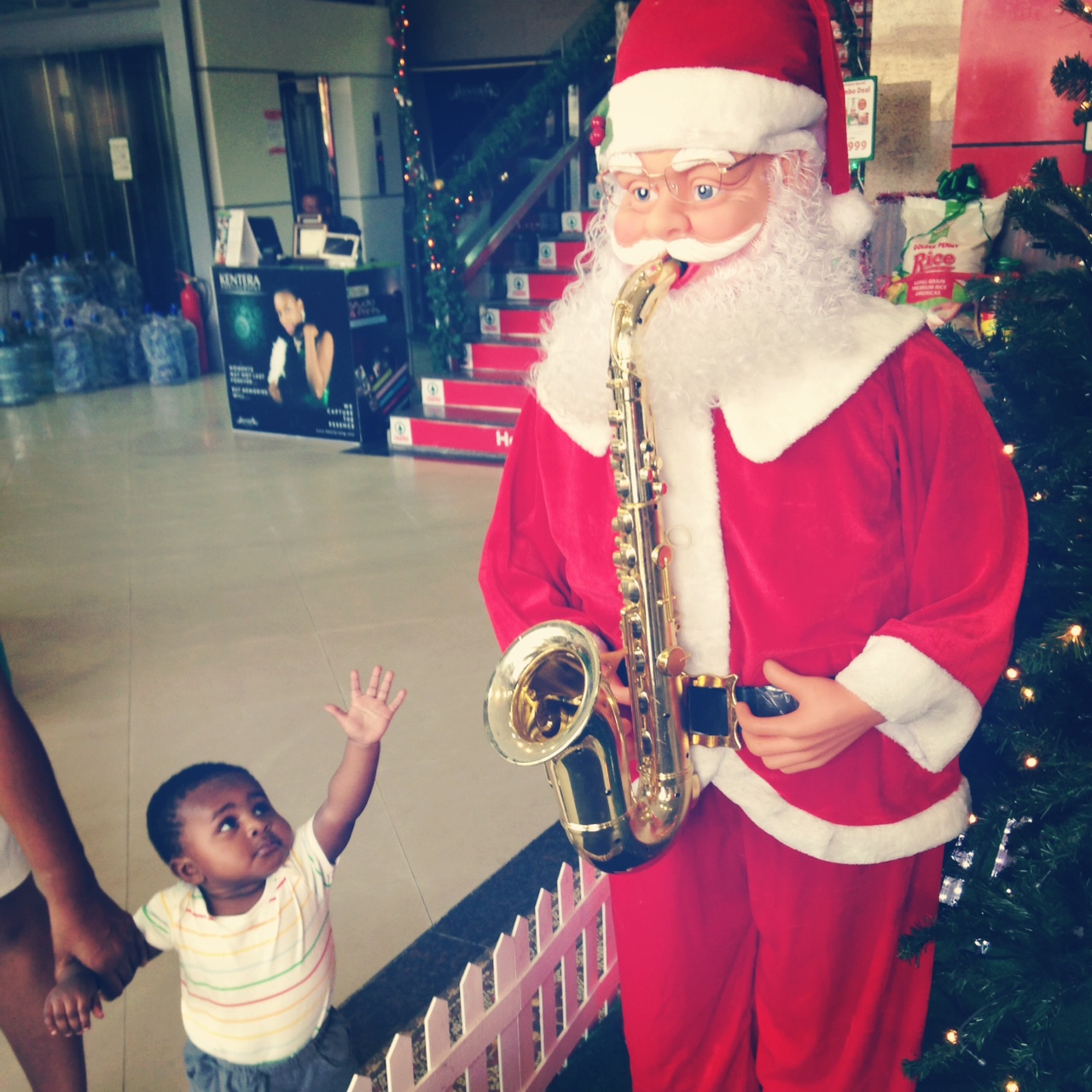 Merry Christmas and a Happy New Year, may this new year be filled with love , joy and laughter for you and your family and lets not forget plenty plenty many too much money.

This was Kunmi’s first christmas and my first christmas with my family so it was pretty  exciting for all of us and I decided to pull out all the stops , its not like Kunmi cared but I cared and my mum cared. She basically told me I was irresponsible for not taking Kunmi to Santa’s grotto, so that was how I started hunting for a grotto on the Island, I made several calls and found out there was on at the Silverbird Galleria. So after work I got my mum to bring Kunms down to pick me up from work and we went to see Santa. 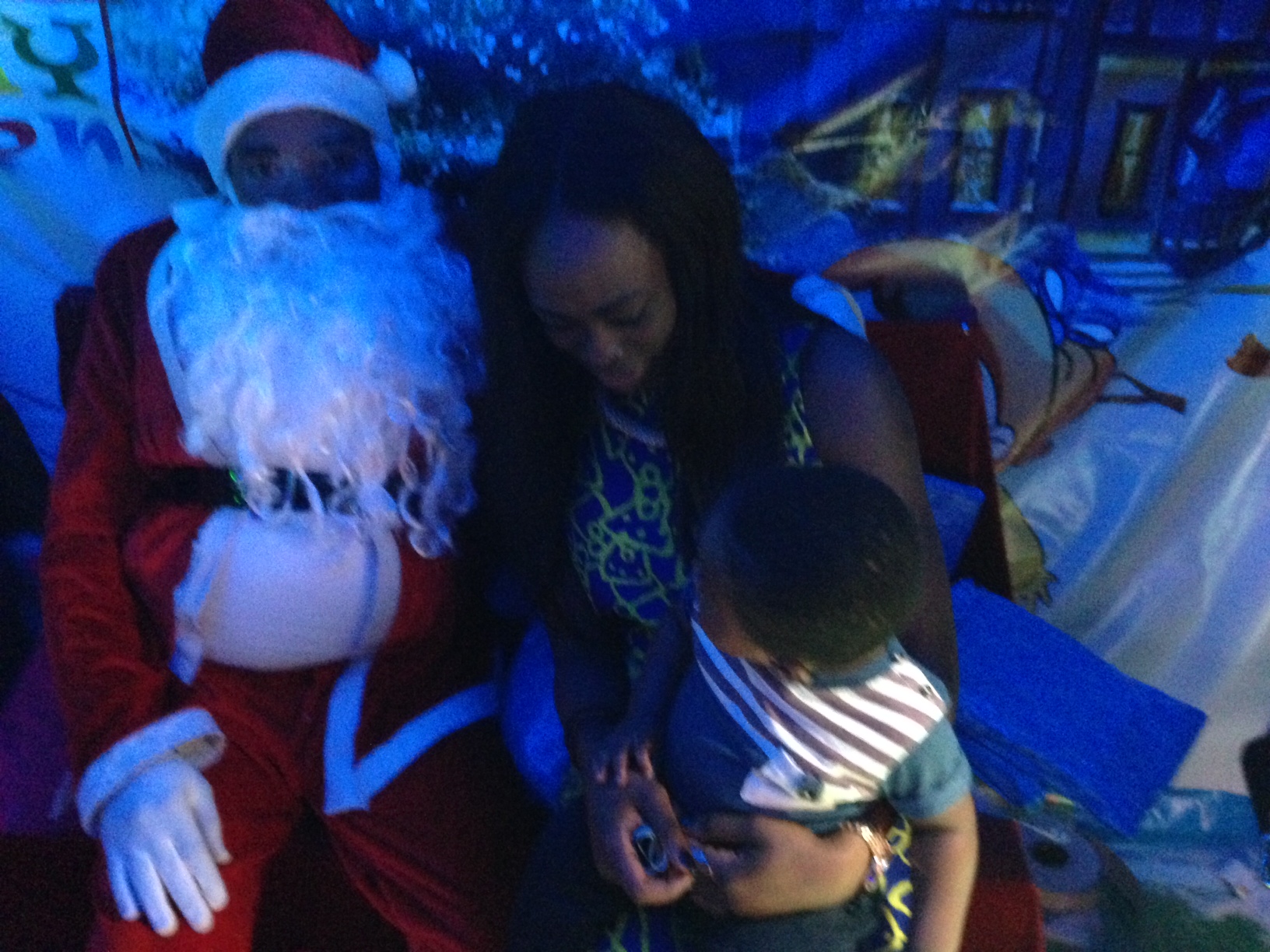 Checking out the Scary Santa

We had to pay N1,500 for Kunmi then each accompaning adult had to pay N200 and I thought that was silly because I am not going to get a gift from Santa and I am not going to sit on his lap because if I do it will probably break , Plus the sad part of it all is that there is reallllly no SANTA.

We went in to the grotto , the walk in looked nice because they had put duvet’s on the plank to make it look like snow but it was also slippery so very dangerous. 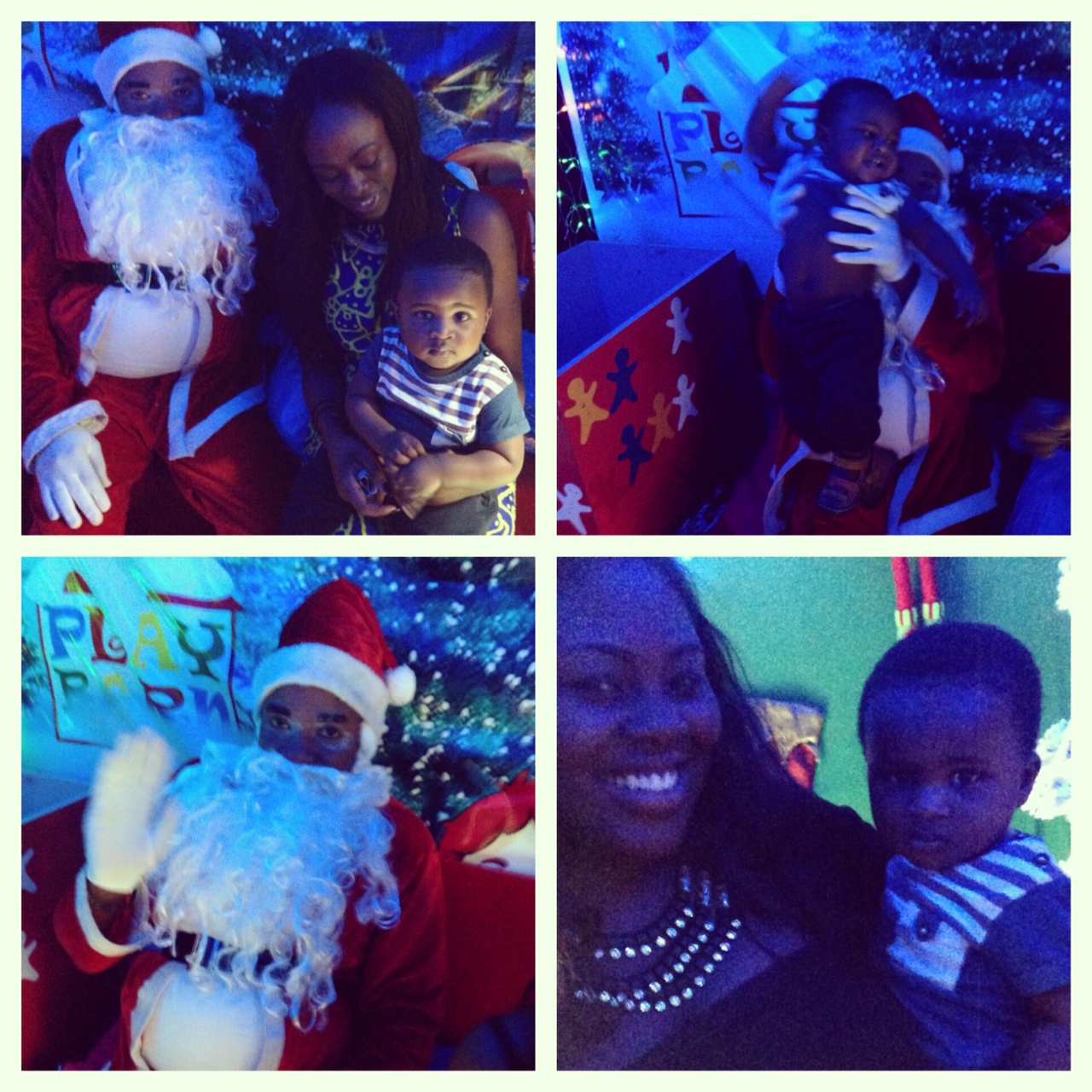 So we arrived at the Grotto and it was dark and the Santa was scaryyyyyyyyyyyyyy, it looked like what the inside of a very tush babalawo’s place would look like. The santa couldn’t afford glasses so he thought it was a good idea to just draw glasses on his face with calamine lotion and these people didn’t expect babies to freak out, even I was freaking out. Then the Santa was very quiet he didn’t say a thing, No ho ho ho! Merry Christmas , no waving just mute. Initially Kunmi was calm about the whole thing until scary santa tried to carry him then he went crazy , like mummy you an evil woman crazy. So I carried my son and our present and bounced out. They had a play area which you had to pay N500 for the whole thing really was just a rip off.

Fast forward to christmas day , I was soooo excited and for some reason Kunmi was excited as well , we opened up all his gifts and he loves the baby laptop I got him so points for mooma, it sucks that I had to be at work but I spent the evening with fam so all in all it was pretty nice. 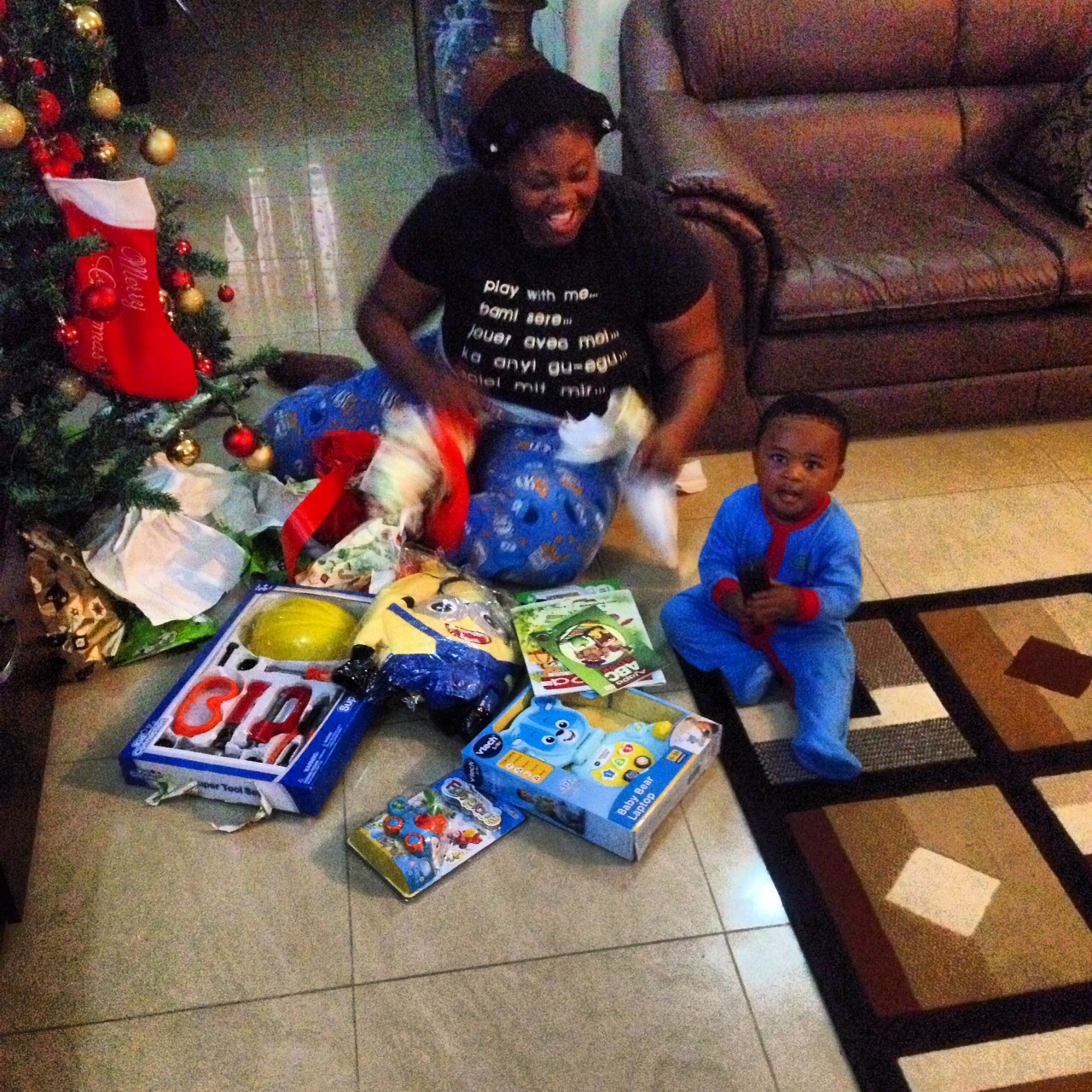